After the team came together and finalized the design the actual fabrication became the next and most difficult step. When you design from scratch the realities of the materials can often conflict with the possibilities of the pen; which is why Scott Kolb was enlisted in the project. He is one of the most talented fabricators and his skills cross all materials.
So upon the completion of the mock up Scott loaded the entire bike into his van for the trip north to his shop upstate. There he used the mockup to create a foam buck of the tank that he could fit the aluminum panels to. 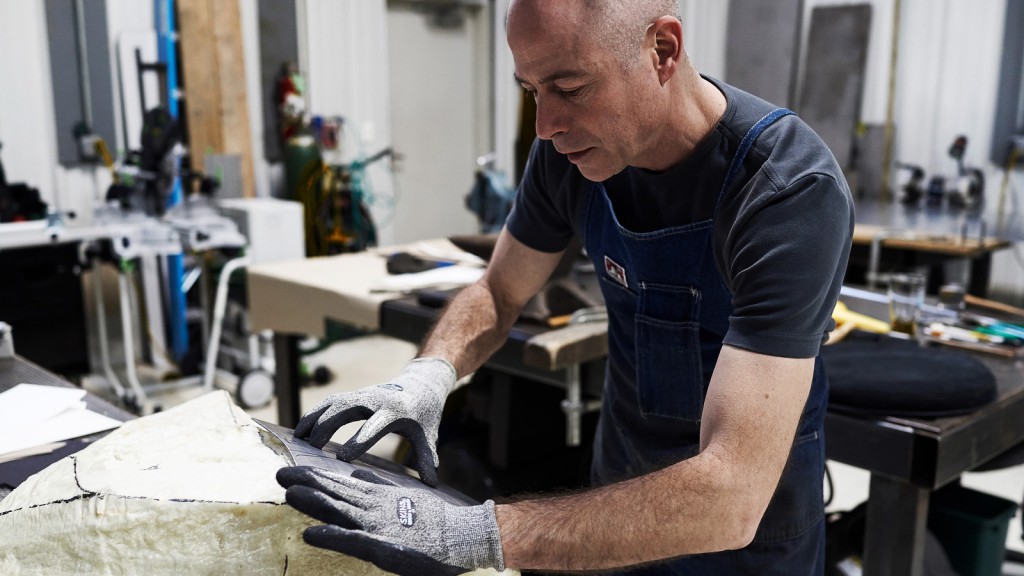 To fit the panels the aluminum needs to be annealed or softened with a flame from a set of acetylene torches. This allows the aluminum to be formed, hammered, rolled and shaped to create the panels of the tank. 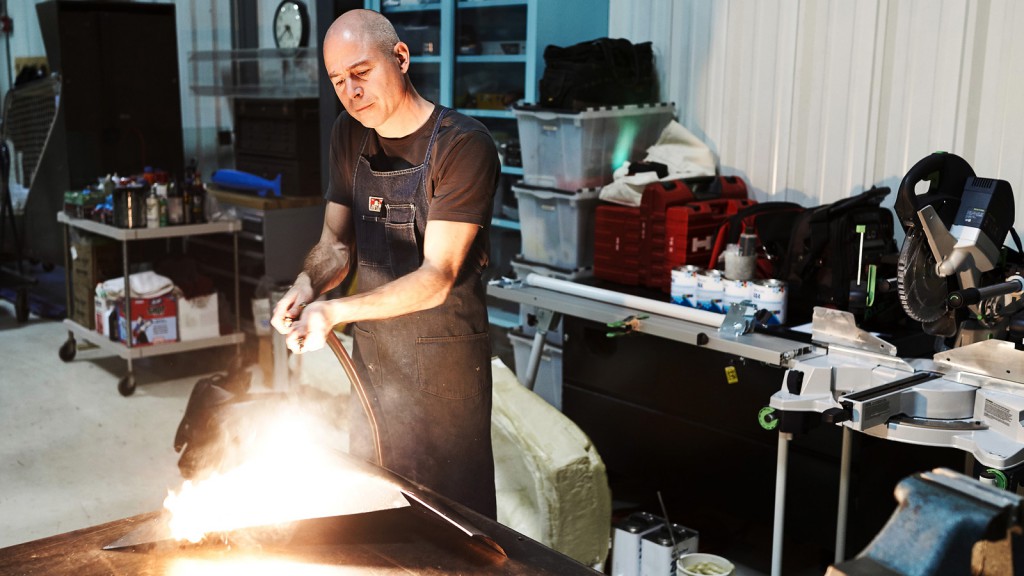 The next step is to hammer form the panels to their rough shape. This is done with various mallets on different materials from wood blocks to a lead filled shot bag. Lines are drawn on the panels to reflect the direction of the bends and shapes. 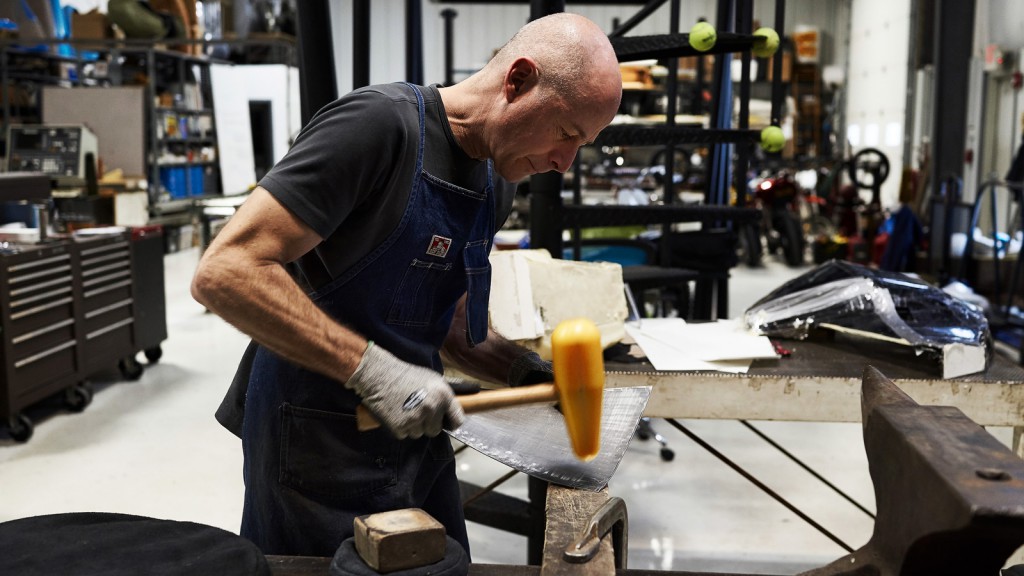 The various panels are cut first from cardboard, named and numbered for their positions and shaped and tack welded together to test the fitments. 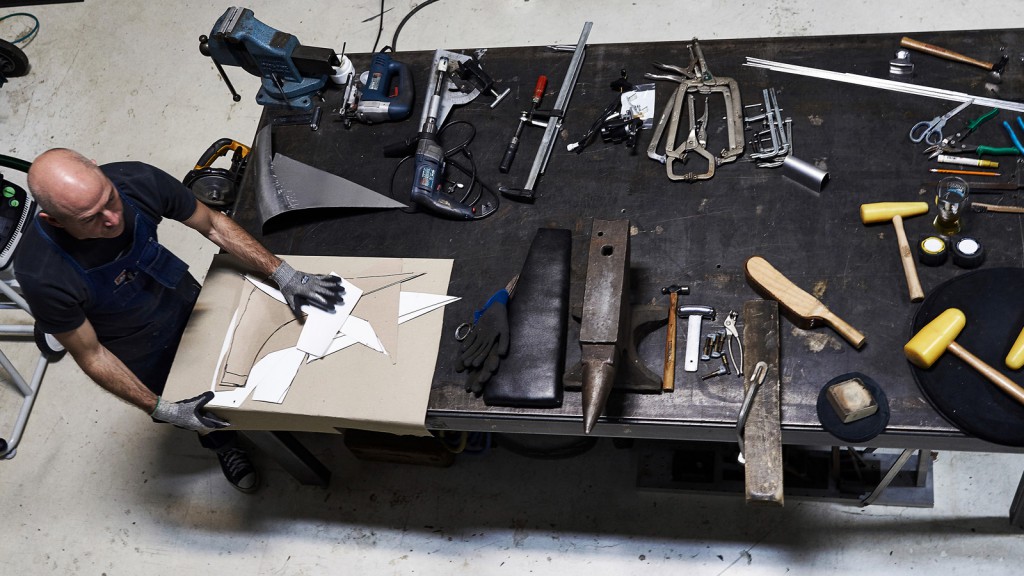 From that point each panel, after it’s been rough shaped through the use of a break or a hammer, is then rolled on the English Wheel to further shape and simultaneously smooth the metal as it’s worked.

At the same time work is done on the subframe of the bike which is now a welded and permanent part of the frame. The rear master cylinder is reattached and the fitment of any tabs or bays for electronics is also addressed. 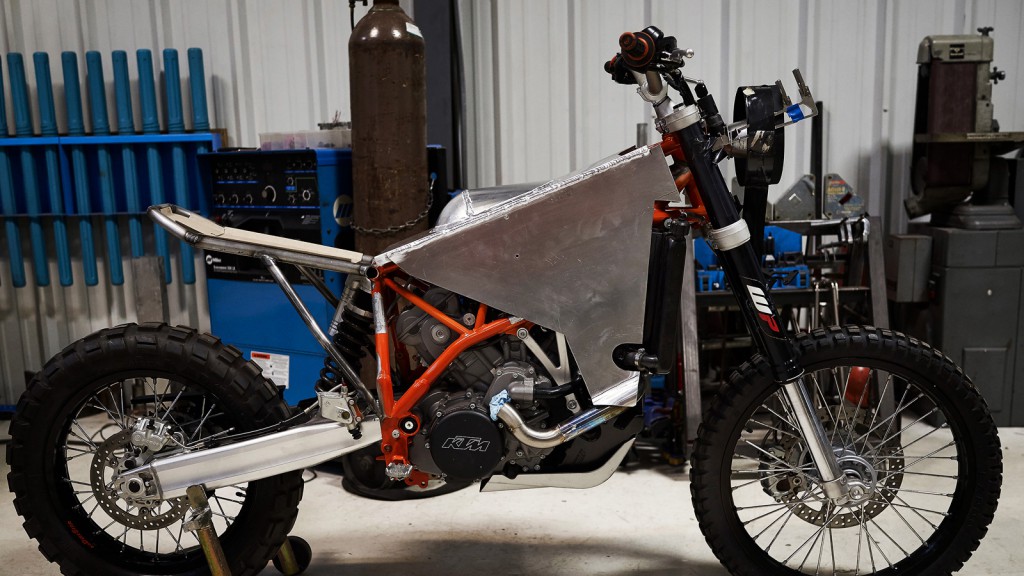 The inner part of the tank has been fitted to the frame and welded together and the buck matched to it for ease of fabricating off the bike. Room is made for the air filter and cooling system but otherwise is tightly fitted.

The tank should be roughly finished this week and the bike delivered back to Chris for final fitment of the drive train and machining of a long list of custom parts. From there the bike is once again disassembled and parts are sent for paint or powder and then the final reassembly is done where the last parts are fitted and fabricated. Lots of things are all happening at the same time and it’s a lot to keep track of but there’s only weeks left before we need to finish it up. 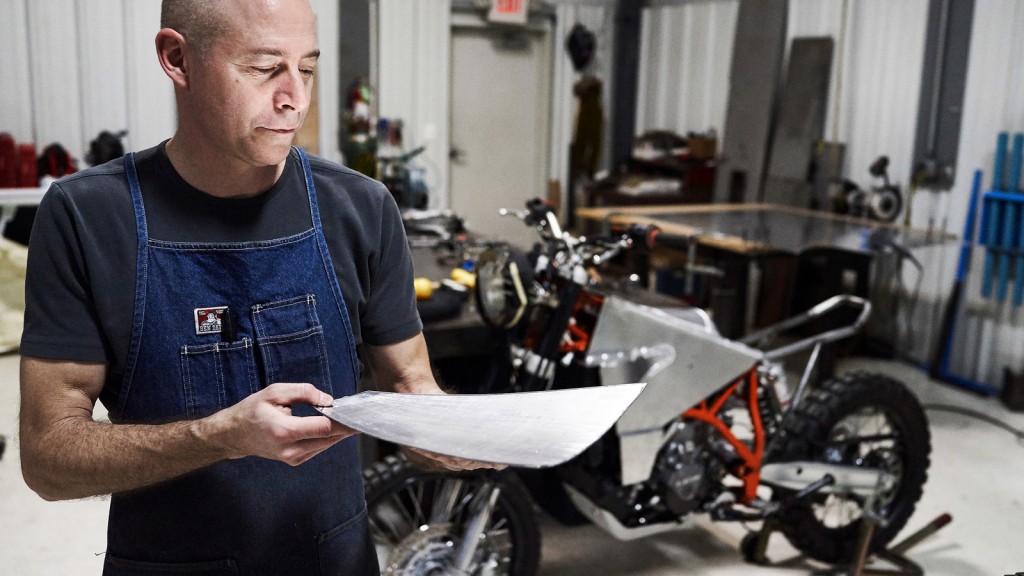