Gerbrandt has joined the team for the last few days of the build and to make final decisions on parts, placement and various details. It’s not until you decide to remake an entire motorcycle that you realize how many parts are involved. 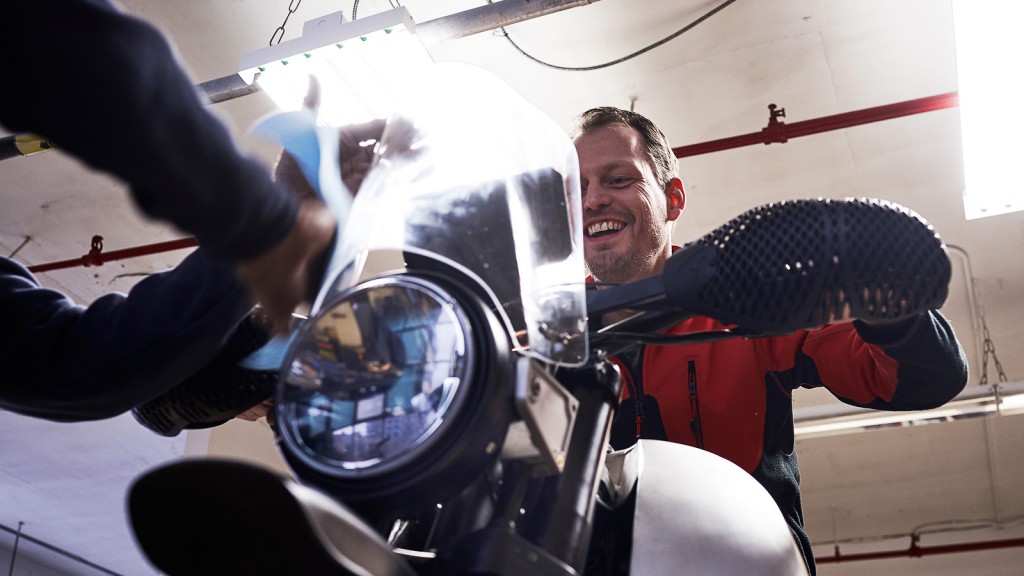 When the tank is close to finished attention turns to the head light and fly screen. Chris and Gerbrandt draw up a bracket in the computer and Chris makes it with the CNC mill while Scott trims the custom vacuum formed plexi flyscreen. 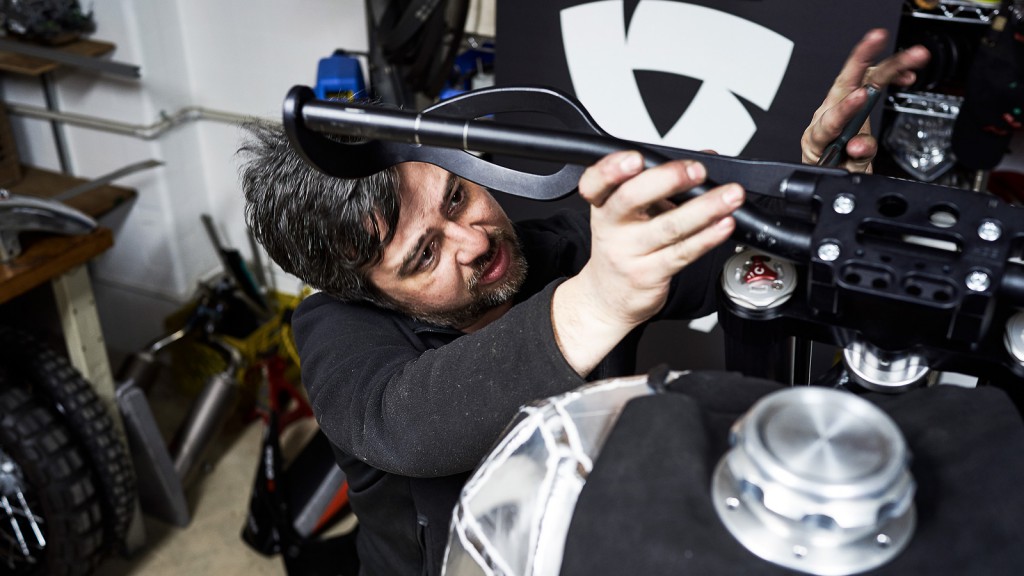 The driving principle of the build is an honestly of materials and parts that nod toward traditional silhouettes of motorcycle parts when the opportunity to use something newer or better presents itself it’s considered. Such as the round headlight that is illuminated by LED instead of traditional halogen.

The traditional dash is replaced by an iPhone which can display any number of different “dash” apps to show speed and distance not to mention maps and music. With hours to go the bike is completed enough to be rolled into the makeshift studio in the loading dock and used for its first shoot. There’s a list of things to change or adjust before the bike is finished and let loose on a gravel road and that’s only a few more weeks away.