The deadline for the build’s completion was the shoot of the new SS15 collection and if there was any consolations to the short deadline it was that the shoot was going to be in the studio because of time constraints so the bike didn’t have to run. That left the team less time to finish the visual parts of the build but more to finish the physical.

With a couple of weeks to go Scott was already burning the midnight oil trying to complete the tank in time. It was far more work and time than he’d anticipated and the hours on it stretched from 30 to 50 to 80 to… well, he quit counting so as to focus on finishing. 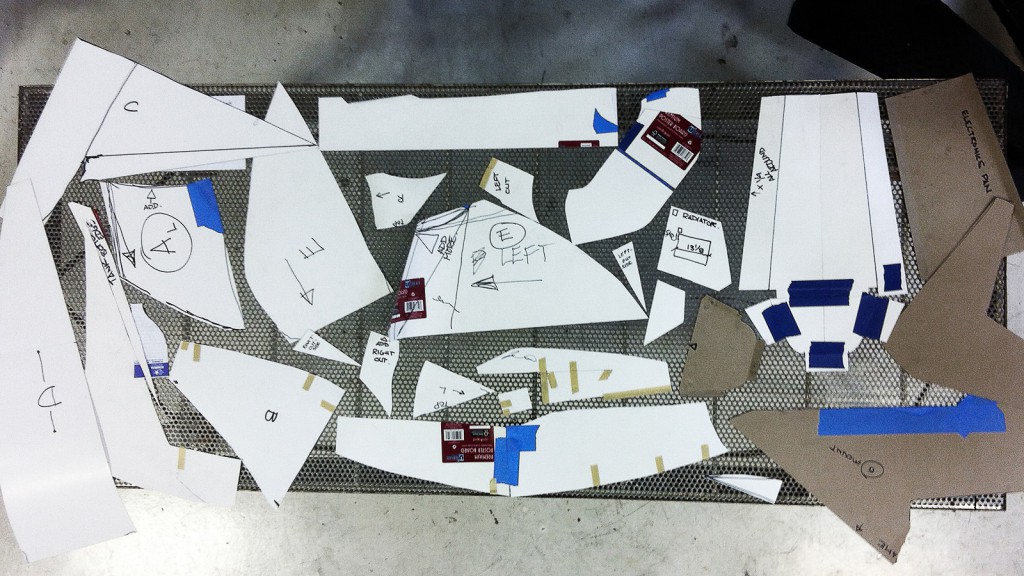 The tanks is made up of dozens of parts that all have to fit perfectly – far more complicated than a typical cafe racer tank of 4 or 6 parts. To allow for as much fuel as possible the interior of the tank hugs the frame and radiator and that added complexity gains fuel but also complexity.

In addition to this the first designs of the tank were going to be slightly asymmetrical which allows some leeway in the design but the final design was symmetrical and that creates the added difficulty of matching panels on both sides – something that is both difficult and time consuming. 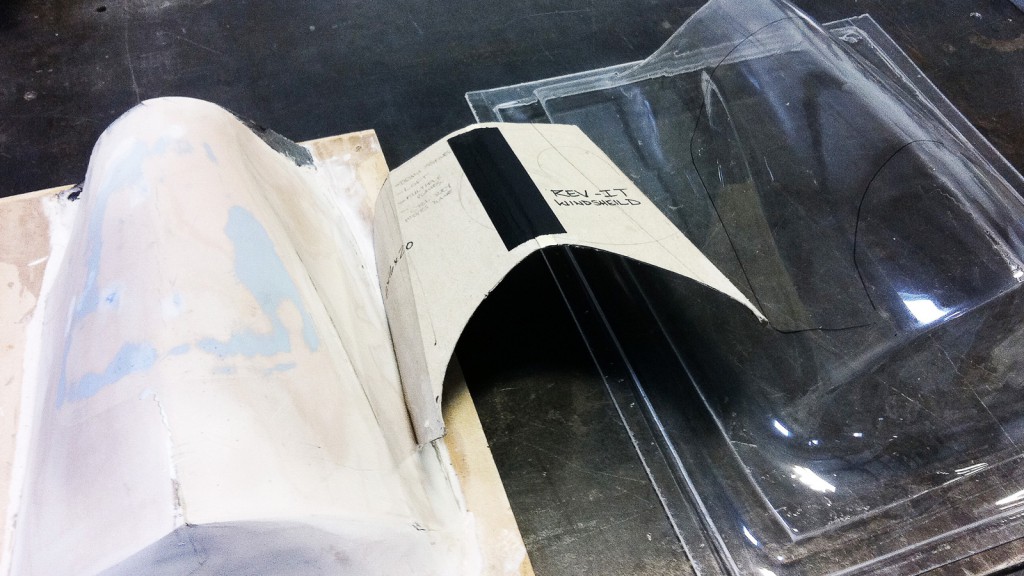 In addition to the tank Scott also took on making a buck for a custom plexi windscreen.

In the final week before the shoot the whole team converges at Chris’ shop in Jersey City, just outside Manhattan. With only days to go the frame is finished and sent for powder coat in a satin black and aluminum parts are prepped for anodizing. Simultaneously last minute parts were being ordered and delivered. 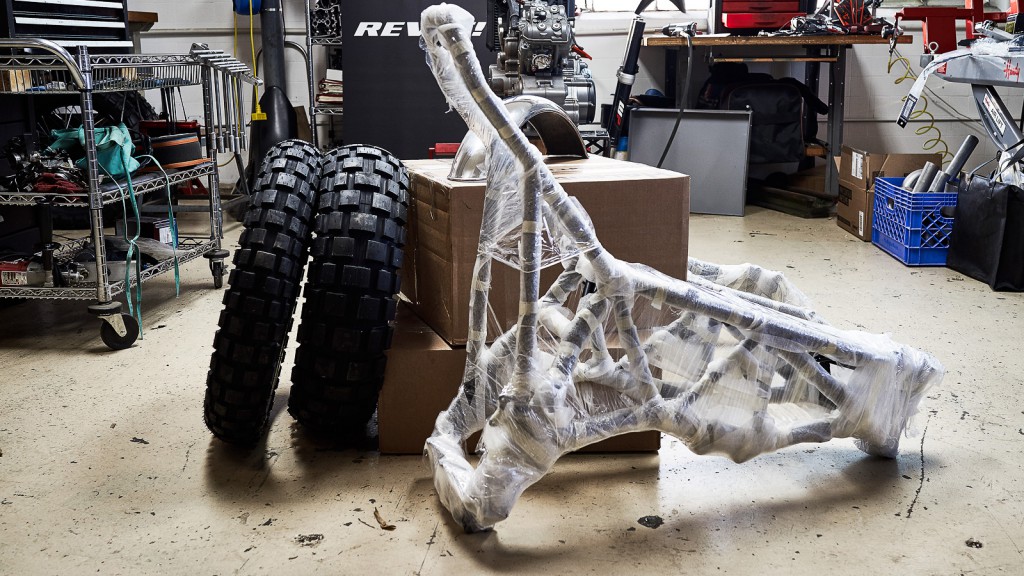 With only days to go parts started rolling in from all corners of the country: tires from California, wheels from Colorado, fenders from Connecticut, and headlights from Germany. Immediately the frame was installed onto the engine and tires mounted on the wheels. With the rough shape of the bike on the lift the beginnings of the final shape began to take place.

While the idea for the exhaust involved both the idea of twin megaphones exiting high in the rear and the front header going low to allow for the tank the part in the middle couldn’t be resolved until the frame was completed and the wheels and tires were in place. 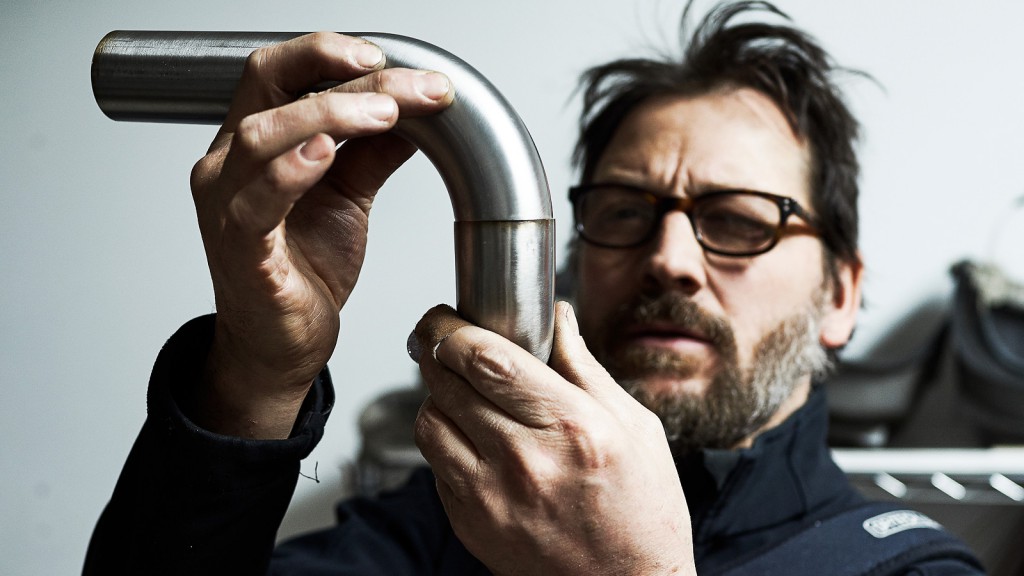 It’s not until you decide to remake an entire motorcycle that you realize how many parts are involved. There’s so many small details that it’s easy to get side tracked and lose focus and as the hours tick off the team finds itself still toiling on details late into the night.